No products in the cart.

< BACK TO COTE DES BAR 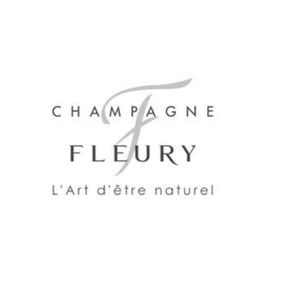 Situated in the village of Courteron, within the southernmost point of the Côte des Bar, Champagne Fleury’s 15 hectares are planted with Pinot Noir (90%) and the rest with Chardonnay and a hint of pinot blanc and pinot gris. Although this area is lesser known than others within Champagne, Fleury is showing that the microclimate and soils are very suitable for producing high quality Champagne.

The boutique producer has achieved a lengthy list of noteworthy firsts: the first to graft Pinot Noir vines in the Côte des Bar area in 1894; the first Récoltant-Manipulant (RM) in the Aube in 1929; and the first biodynamic producer in 1989, presently certified by Demeter and Biodyvin.

Wines are vinified in Burgundy barrels that already have several wines behind them, which contributes to the aromatic complexity of the champagnes.

The history of the Fleury family has been anchored in the heart of Southern Champagne, in the Côte des Bar. On the clay-limestone hillsides formed in Kimmeridgian by the first tributaries of the Seine. It was with Emile, the grandfather, that it all began, since he was the first, in 1895, to implant Pinots noirs grafted in the region after the invasion of phylloxera. Then, his son Robert produced Champagne from his own harvest in 1929, becoming “Récoltant-manipulant”. Jean-Pierre Fleury took over the family estate in 1962, and cultivated it according to the chemical practices of the time. As early as 1970, he began researching ecological farming with mechanical weeding and organic fertilizer. In 1989, the full transition was complete, and Champagne Fleury became the first biodynamic producer in Champagne.

Accredited with biodynamic certification in 1989, their first biodynamic cuvee came out in 1993, alongside the birth of the European Community: called “Fleur de l’Europe”.
With this vintage Jean Pierre was elected Winemaker of the Year by Gault Millau. Since then, each year has seen the recognition of the taste qualities for the different cuvées, from Ecocert, Demeter and Biodyvin certified grapes.

Jean-Pierre has a box containing his grandfather Robert’s notebooks, genuine treasures with all the weather data and evolution of their vineyard day after day. It has to be recognized that the Fleurys through the years have become masters of biodynamic farming: natural compost, mechanical weeding, spraying of quartz silica early in the morning to intensify photosynthesis and, for the 5 last years, tests with anti-mildiou teas with copper sulfate, sulphur, nettles. To let each terroir shine on its own, Jean-Pierre Fleury separates his lands into different plots to differentiate the styles and characteristics of each in which he typically applies low dosages.

Since 2009, the fourth generation has taken over, with Jean-Sébastien winemaking, in accordance with the specifications of organic viticulture. It is due to his initiative that the gallery of 8 x 60 hectoliter Oak barrels were installed to accommodate the aging of the current harvest and reserve wines. He also launched the first sulfur-free wine, Sonate N ° 9, in 2009.
In March 2009, Morgane opened “Ma Cave Fleury” in Paris. It offers Fleury’s wines as well as wines from other organic and biodynamic producers. She also represents the domain during shows and tastings, both in France and abroad.
Benoît is in charge of the vineyard, improving soil biology and biodiversity so that the wines express the uniqueness of the terroir.

Wines are vinified in Burgundy barrels that already have several wines behind them, which contributes to the aromatic complexity of the champagnes. Fleury has set up a system for tasting and rating each barrel and discard the barrels that do not bring what is required. They work with local yeasts that have been selected with 100% organic traceability.

In 2019 Champagne Fleury celebrated 30 years of biodynamics and inaugurated its cellar Millésimes: where the oak barrels and vintages of the house are stored.

The great thing about them is that they have been biodynamic for so long that the vines have now gained maturity under the natural inclinations of this rigorous regime. A beguiling paradox of ethereal purity and an earthy sense of place marks out these wines and underlines their position as one of the very best producers in the south of the region.

Sale!
Blanc de Noirs Brut
$520.00 – $1,280.00
With a wide range sourced directly from the estates and selected by the best sommeliers in the world, you’ll be sure to find wines of Champagne to please your taste buds. 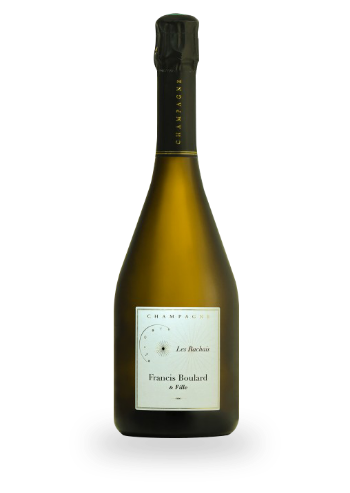 根據香港法律，不得在業務過程中，向未成年人售賣或供應令人醺醉的酒 類。 Under the law of Hong Kong, intoxicating liquor must not be sold or supplied to a minor in the course of business.